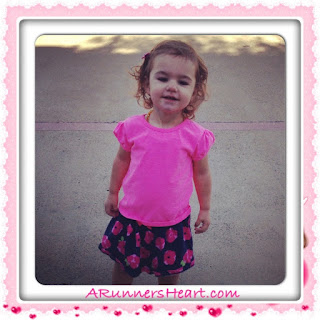 We aren't doing anything special today, because our Anniversary is in 2 weeks! :)
I did buy Sophie a new Tag Junior Book and (of course) a Valentine's Balloon though!
She LOVES her balloons! :) 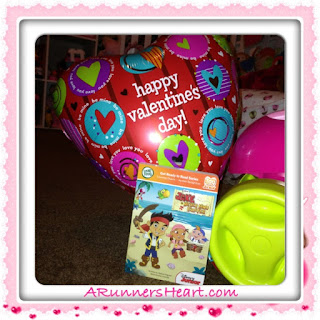 For the past week, Sophie has been sick...
Like really sick.

I won't get into the very gross details, but she spent a lot of time laying on he floor or in someones arms.
It was so sad to see her like this.
She was not herself at all!

We actually took her in to Urgent Care Saturday night, because she hadn't eaten or drank anything in 2 days.
I was worried about her being dehydrated.
Luckily, I am still nursing her and the doctor said that because of that, she didn't have any signs of dehydration!
It sure dehydrated me though! I felt like she was a newborn again and I needed a TON of water to keep me hydrated!
It also brought back my hunger!
It's been a long while since she has marathon nursed!
I am thankful she has nursed this long, but I think it will be a bit of a relief when she decides to wean!
I'm ready! She's just not yet!

I also wasn't able to really leave the house because of this.
Stuck in the house for 5 days with a sick child has been mentally exhausting!

The hubby is off work tomorrow and since Sophie is FINALLY feeling better, I plan on running at least a few miles! Since it's been over a week, I'm hoping my body doesn't start to hate me! :/

The Cowtown half is NEXT WEEKEND!
I don't feel prepared at all! I made it up to 10 miles for training, but then decided to slack off and then Sophie got sick and well...
I just have not been putting my miles in.
I hope I don't completely embarrass myself at the race...

After Cowtown, I have to keep my training up for the Dallas Rock N Roll Half on March 24th!

Then I need some ideas (And a free place to stay) for an awesome race to do for my 30th birthday in April! Any suggestions?!? Any race that you highly recommend? Let me know!! :)