I have been overweight most of my life. Even when I was not "obese" I still saw myself as HUGE in the mirror! I was a twirler in highschool and therefore had to wear a skimpy little outfit and go in front of crowds of people to twirl. I was always self-conscious about how I looked in the uniforms, but I wanted to twirl so badly that I just pushed it in the back of my head to deal with later. When I graduated highschool and started my first year of college, I gained the dreaded "freshman 15",  plus about 15 more. I then started thinking that if I was ever going to get a date, I needed to lose weight. So for all of the wrong reasons (including a certain boy) I stopped eating and started exercising.  I did Tae Bo an hour a day, 5 times a week. I would then eat a sandwich for dinner. That's all. A sandwich all day. I lost 50 lbs. in 3 months. I still felt so incredibly huge (and was told often by someone that I was). I look back at pictures now and wish I could be that size again! Then it happened...I met a boy. It wasn't the boy I had had a crush on for 2 yrs. It was his friend. He declared his love for me and I accepted his request for a date. I would not eat anything in front of him at first, but quickly learned that it was ok. Fast forward 9 years....I have gained 111 pounds! The best part (which can also be a curse) is that my husband loves me EXACTLY the way I am! He tells me daily, multiple times a day, how beautiful I am! He has been one of my inspiration's to become healthy. Knowing he thinks I am beautiful the way I am has actually given me more self-confidence. I actually feel "cute" when I am in workout clothes because he tells me I look cute when I workout. He has given me the confidence I need to start exercising and eating healthy. He has given me the confidence to start running! 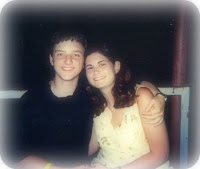 This was me after I had lost the 50 lbs. I would love to get to this weight again!

I started "working out" in September of 2009 after I finished Nursing School and had gained 20 more pounds. I then had over 100 lbs to lose!  I always wanted to run, but I kept telling myself "If I can just lose 100 lbs, I can start running".  Well after "working out" (doing the elliptical 3 times a week, 2 hours at a time, and doing weight machines) and changing my eating habits, I only lost 11 lbs in 10 months. Very discouraging. I made a decision to quit wasting time saying "When I do this...", stop thinking about all the weight I need to lose,  and just start the Couch to 5K program and start running. I had always loved the idea of running. I have wanted to be able to just go out and run a few miles if I'm stressed or just need to be in my happy place.  I thought, since I want to run, I just need to do it and not worry about waiting to lose a few pounds first. So that's what I did! 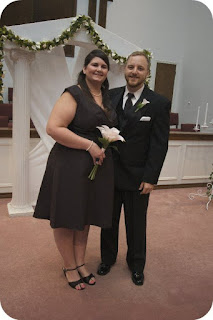 I started running with the C25K program on July 14, 2010. I had a miscarriage at the end of June 2010, and wanted to start my running so I could lose weight if we started to think about a family.
I then found out I was pregnant in August 2010, had a miscarriage in September 2010, then found out I was pregnant again in October 2010! I had finished the C25K program at the beginning of October, right before we moved to Fort Worth and found out we were pregnant for the 3rd time. I then had to put off my running in order to have a healthy pregnancy. I was a bit disappointed, but knew it was worth it! 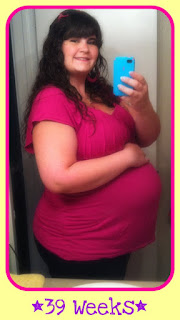 Me a week and a day before I had June Bug.

I have now started to run again in attempts to lose my baby weight plus 90 pounds!

I now had another reason to run...
I was the leader of the Fort Worth Chapter of Moms RUN This Town!
I tried to run a few times a week with my fellow MRTT moms and am working on eating healthier and losing that weight! I'm loosing verrrry slowly, but I'm not giving up! I love running and hope my daughter can choose a healthier lifestyle because of my choices! :)

THANK YOU to everyone who has "liked" my Facebook Page and is now following along with me on my journey!!! And a big, special THANK YOU to everyone who shared my page to help me make it to the big 500!! :) WooHoo!  Now, as I have promised, I have a pair of Compression socks OR sleeves to giveaway from PRO Compression ! This is what PRO Compression has to say about how they work: "PRO Compression socks are designed specifically to deliver both maximum comfort and speedy recovery times. The science is complex, but benefits such as improved blood flow, stability and comfort are universally understood.  The moment you put these socks on your feet and incorporate them into your game, you will feel and understand the difference." I have 4 pairs of PRO Compression Marathon socks and I LOVE them! They have been wonderful for recovery after my last two halfs and after my long training runs! I didn't own any after my first h
49 comments
Read more

One of the reasons I haven't been blogging much is because we just bought our very first house!!! Isn't it beautiful! We don't move in until next week, but buying a house has taken a lot of time! I've been packing our apartment up a little at a time, but we still have A LOT to do! It's hard to move with a toddler, because you don't want to shake their world up too much. They need their usual toys and to be able to find their favorite shoes amongst the boxes. Taking it slow and moving a little at a time just seemed like the best option. We are going from a 2 bedroom apartment to a 4 bedroom home!  With a backyard! Down the street from a park! We are going to have so much space!  Being able to go outside in the back and down the street to the park is a huge deal for me!  Sophie and I LOVE being outside! I am so excited! I just can't even describe it! lol :) And that's not all of the big news! I
10 comments
Read more

I just wanted to share some of my favorite Running gear right now! :) I'll start with the one thing that everyone knows I already love... My BOB Revolution SE ! I've been using it for a a few weeks now and I'm still in Love! I'm not sure how I've lived without it these past 15 months! You can read my BOB "review" here ! :) My newest favorite thing are my hotpink Locklaces ! They are elastic shoelaces that  tighten by a "lock". They make it easy for me to just slip my shoe on and go! They are also wonderful because I have had issues with my shoelaces being too tight on the top of my foot and these fix that problem! No more pain! I wish I had known about these forever ago! I will have them on all of my future running shoes! I love their moto! Now onto something that I think every single person who is active outside should own. Pepper Spray. In this case the Personal Saver and the Wrist Saver . Th
10 comments
Read more