November 26, 2012
On November 18th, a friend of mine and I went to walk the Sneak-A-Peek 5K at the Prairie Lights Display in Grand Prairie, TX! 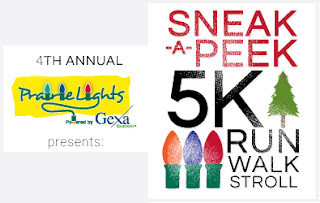 It's a drive through park that has 4 million lights! 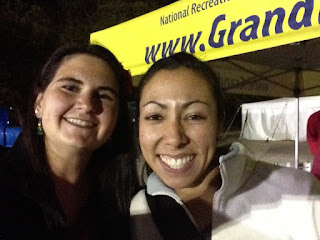 Me and my friend Becky! (Who is also a runner!) 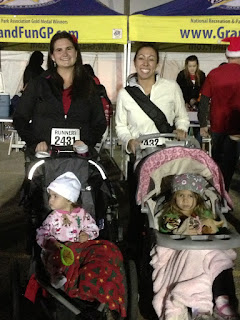 Us with our kiddos ready to go! :) 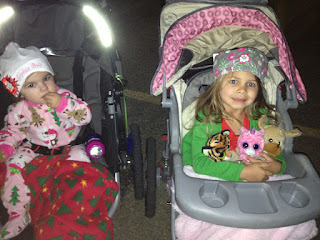 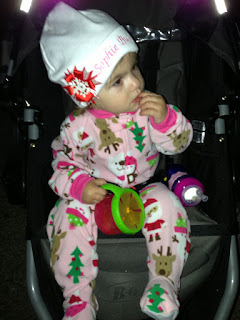 Sophie all decked out in her Christmas PJ's! :)
(That hat stayed on for about 15 seconds after this shot! HaHa)

When we got there, it was really dark and we were wondering why the lights weren't lit up.
When we headed up to the start we saw there was a stage and the announcer had a huge box with a huge switch on it! They announced that the race would sart soon, so they were going to flip the switch and turn all the lights on! 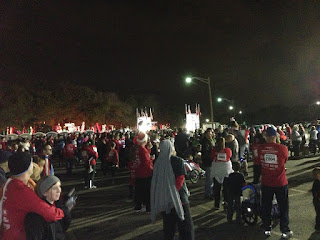 You can see the lights coming on in the background!

We headed off and through all of the lights! Sophie LOVED it! She kept looking and pointing and saying ooohhhhhhh!
Side Note: This Christmas is going to be SO much fun with her!!! :)

This was my favorite part to go through!
It's a long tunnel of lights that were flashing and racing! It was so neat! 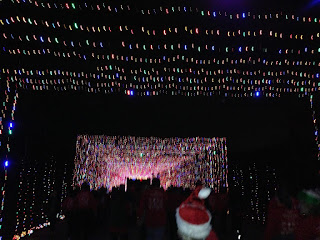 Pictures obviously don't do it justice! 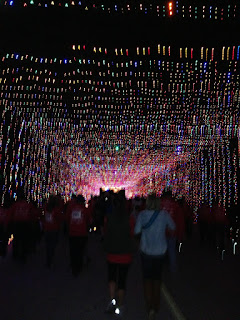 At the turnaround point they had this fire truck!
It reminded me of my late cousin who used to ride the firetruck dressed as Santa!
Good memories of my cousin who has been gone for 4 years now...Can't believe it's been that long... 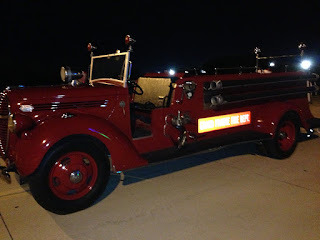 Such a pretty fire truck! 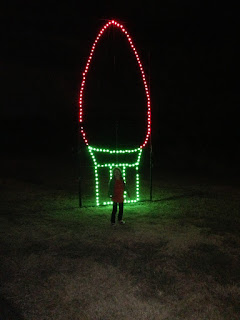 My friends daughter in front of one of the many giant lights! :)

I wish I had known about this sooner because they encouraged you to deck out your strollers and wagons! I'm hoping this will be a tradition from now on and I will be more prepared next time! You better believe I will have battery pack lights all over my jogging stroller! :) They also had a timed run option the day before, but we had plans. I think I enjoyed the walk better anyway! I was able to enjoy the company and the lights! :) I also received a very cute long sleeve red shirt for signing up! I will be wearing it this Christmas season, because it is actually cute! :)

Do you have any drive through light displays in your area?
You might want to check and see if they do something awesome like this!
If not, you should suggest it! :)