It may have been my 2nd, but it was my first early morning race. Yes, 8am is early for me! HaHa. I really wasn't worried about myself as much as Sophie. She wakes me up at 8, so I knew getting up at 6:30 would be different for her and I was unsure how she would handle it. At first she cried! I was so sad to be getting her out of bed! I had already gotten dressed and gotten everything ready to leave before I woke her. I then just had to change her diaper, get her dressed, nurse her, and go! I'm lucky that the park is only about 15 min. from me, but they had said to give yourself 30 min. to walk from the parking lot to the starting line. The starting line was at a duck pond, so I was able to entertain Sophie with the ducks as we waited to start. They had a 1K fun run 15 min. before we started and this is when I knew it wasn't quiet as organized as I had hoped. They started the 1K at 7:55. They had them running half way, turning around and then running back to the starting line! I knew it was going to be chaos and I knew we would be running late. Sophie had started to get cranky, so I gave her her sippy cup which usually makes her happy, but she ended up spitting in the water playing and soaked through her bib and shirt. I couldn't let her sit there for the next 45 minutes with the wind hitting her and making her sick, so right before the race started, I ended up having to change her shirt. Luckily I had brought something extra, but it was still stressful! But at least she was happy! Then we started! I knew it was a chip timed race, and I had to be at the back of the crowd because of my jogging stroller, so I wasn't worried about getting to the starting line quickly. The street we started on quickly turned into a sidewalk...where people were walking 4 people across...It was so very frustrating. I had to run on the grass, with my jogging stroller and my child bouncing up and down just to get around them! I kept saying "excuse me" and "passing on your left" and everything else nice you are supposed to say, but they wouldn't move. I hate having to be at the back. I may be a slow runner, but I'm not walking!!! This lasted for the first mile. Then I saw people starting to run BACK at us! The front of the 5K people were already heading back and they had to use the same sidewalk to get back! WHAT?! 1300 people on one sidewalk? Yeah I wasn't too thrilled. After about half a mile of crossing with those people, I was finally able to turn myself and the sidewalk finally started to clear up a bit. Of course the main reason for that was I was stuck back with all of the walkers! It's very hard to maneuver a jogging stroller around all of those people. But I did it! The last mile and a half I concentrated on keeping a steady pace and not running the walkers over with my stroller as they made comments like, I wish I could be riding in one of those! Yeah I wish you would get out of my way please! (I may or may not have road rage even while running! HAHA) The race ended on a good note though and I knew for the last mile and a half I gave it my all and I was happy! The race timer said I had crossed at 46 min., but after I remembered to stop my Nike, it read 43:53. I think it was actually about 42ish, but I will never know for sure since they DID NOT CHIP TIME THE START! Apparently they only used the chip for the end of the race. As I sat there at the back of the group at the starting line, my time was ticking away. I'm pretty upset about that as well. Looks like I will just have to do another 5K to see my real time! I don't think that will be a problem though! I'm a 5K race addict now! :) I'm just looking forward to that first race with no jogging stroller! :) I'm hoping it will be a half marathon after I have done all my training with the stroller! No telling how fast I will be then! :) I will be flying! :)

I am still running for the JoggerMom Marathon this month as well! It's going great! I have put in 17 miles so far! Now I just need to take a pic of me with my racebib on! :) 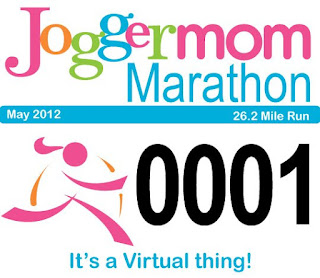 I'm loving that my runs are counting towards something! I think I like this whole Virtual thing!

In fact I like it so much, that I signed up for a Virtual 5K on Mother's Day!! 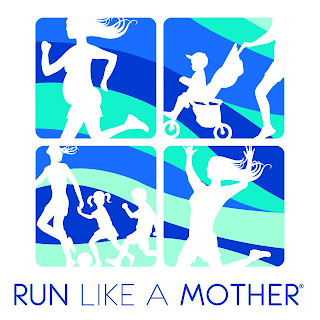 I have to admit...I'm mostly doing it because of the shirt! At least I'm honest!
They don't have pic up of it yet, but as soon as I get it, I'll get a pic! It says Mother's Day 2012 and I really just wanted a shirt that has my First Mothers Day on it! This day will be special to me and now that I have  A LOT more running in my life, it's special that I am able to run on this day! In fact, my Mother's day presents have to do with running! I will post a pic of them as soon as I get them! to all of the moms out there!

(Especially to my mom, who is the best mom in the whole world! I LOVE YOU MOM!)

February 26, 2013
On Sunday, February 24, 2013 I ran my first official Half Marathon!  Before the race started, I met up with these fellow MRTT ladies!  Pic from How My World Runs It was freezing cold (yes 33 degrees is freezing to this Texan! haha) and I was hoping it wouldn't warm up too much because I run so much better in the cold. I ended up wearing my jacket the whole time and was completely comfortable! We had a wind advisory in affect and I think the wind made it even cooler. This was also my first time to run with my new haircut and with my hair down! Didn't bother me at all! Short hair for the win! :) I was in the very last Corral to start. Yes, I know I'm slow. Get Over it!<---Saw that saying on several shirts throughout the race!  Looks like I need one! haha :) I had to post this pic, because I have no idea what I was doing, nor remember even taking it! Haha! About 20 min before the race, I headed to the porta potty's. Yeah, I should have
7 comments
Read more