February 07, 2012
I realized I never wrote about my awesome 8 miler! Running during the Princesses nap time actually worked! It took 2 miles for her to actually fall asleep, but then she stayed asleep until around mile 6.5 and was happy and chewing on her toys until mile 8! I was so proud of her! And myself for running 8 miles! :) It was during the day, kinda cold, and there was a pretty strong breeze. It was a pretty day! The only problem I had was going against the wind with the sunshade down on the stroller blocking Sophie's face. It was basically like running with a giant shield in front of you pushing against the wind. It made it much more difficult, so I took several walk breaks. Especially up the hills. Those were killer with the wind added to them! But I kept going and I kept running! I really was so excited that my body had accomplished something that awesome! Afterwards, my legs felt like jello. I could barely walk, much less chase a crawling 7 month old around! haha That was fun! :) But I am still proud I did that! :)

It's been down hill ever since...

I lost my gumption. I got discouraged. I hurt. The princess wouldn't go to bed at night. She also wouldn't take her naps without putting up a HUGE fight. I was mentally and physically exhausted. I couldn't handle adding miles into my schedule. So I stopped. Last Tuesday, I set out to run 5 miles. I had missed my 3 miles on Monday and just thought I could do my Wednesday 5 miles a day ahead. Needless to say...after 2 miles I quit. I couldn't do it. I was still hurting (hips and knees) and I was just not there mentally. I came home crying and so disappointed in myself. My wonderful husband assured me that 2 miles was better than sitting on the couch and told me I did a great job for just getting out there. :) He's awesome like that. :) But I was still mad at myself. Instead of taking that and throwing it into my running. I just stopped...again...I was supposed to run 10 miles on Saturday. Did I even consider it? Nope. I know that's sad for me to even say, but...It's the truth. Inside though...I still wanted to run! Just not 10 miles! :) 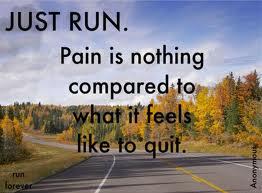 Tonight, I went out to run at least 2 miles. I ended up running a 5K and at a new PR for myself! I shaved almost 2 whole minutes per mile off my time! I was pretty darn proud! My goal when I started running and this blog was to run a 5K under 45 minutes. That was back in 2010. I ran it in 43 minutes tonight! I have completed my first goal! I now have many more to accomplish and I am excited to accomplish them one at a time! :)

Tonight, I also gave up the thought of me trying to train for a half. I have almost decided that it is not for me right now. I have other goals and another person that needs me there instead of running for 3 hours. I say almost, because in the back of mind, I think I could still go out there and run/walk the half. I don't know if I want to pay that kind of money to go into it thinking I would walk most of it. I would rather my first half be something special and where I know I can get in there and RUN most of it, if not all of it!

Right now, I want to concentrate on 5K's, 10K's, and losing some weight. My weight is truly holding me back. I need to get my eating in order. I need to concentrate on being healthy for my daughter. Not whether or not I can squeeze 10-12 miles in 1 day for 3-4 hours of running. It's not for me right now. That is hard for me to admit. I want to be SuperMom and do it all! I want to be one of those Bad Mother Runner's whose blogs I read! I keep having to remind myself that I am still a Runner...And a Mother... It doesn't matter how many miles I put in...Or how many miles I sit out for the sake of my daughter... I am still a Runner at Heart. 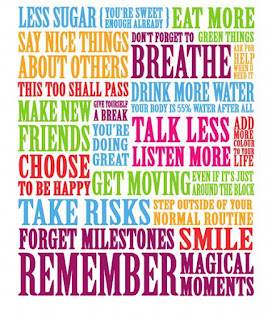